Calvin started with Nylatech in June of 1997 as their Shipper/Receiver. During his career, Calvin has held, and excelled, in every position as he made his way through the ranks. 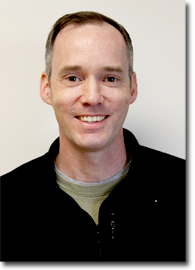 In April of 2012, Calvin accepted the position of Operations Manager, where he directed most aspects of sales, administration, and manufacturing. In Calvin’s new position, his responsibilities will extend to all financial aspects of the business; including planning, forecasting, and measuring success.

Since Calvin’s first day with Nylatech he has been instrumental in the success of the business. The company wishes him the greatest success in his new position.